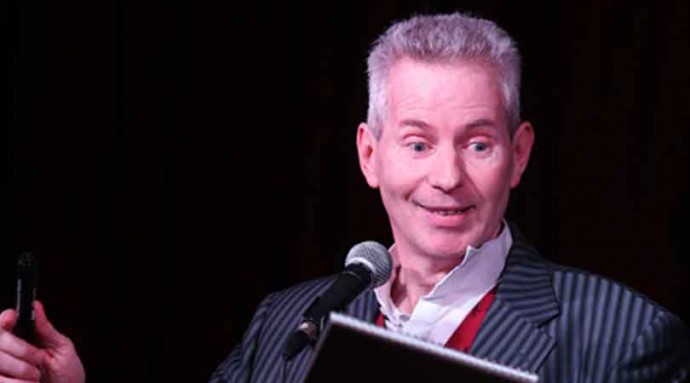 When planning a stage performance, there are many considerations. For example, how do you prepare just before you perform?

What do you think 30s before you perform?

That depends on the type of performance. With cabaret, I think far less before I go on, because there is very little I can do until I get on the stage. When performing magic close up, you dictate when and where you perform. So my thought goes into making sure the people I am about to introduce myself to are suitable and, if so, how am I going to gain their attention.

I think that there is a lot to think about before one stops a table of ten and demands they watch a magic performance they didn’t even know was going to happen. You really are invading their privacy and people gather round a table for all sorts of reasons.

There is a real science to getting into a table without being too demanding and holding their attention for a short time. When I first started I got it wrong as many times as I got it right, but things improve with practice.

What are the variables when planning a stage performance?

There are so many variables that the close up magician has to take into account when performing. In some ways it is harder than for the stage magician. At least on stage you are supposed to be the centre of attention and the audience should be looking and listening. With the close up magician this is not the case, so many distractions can ruin a good performance. It is best to think it through and try and avoid as much of the disruption as possible.

So questions like which tables are being served first? Have they poured the wine? Is someone about to start a speech? These are just a few of the questions the close up magician should be asking before they dive in unannounced.

It takes a degree of sensitivity to determine if, and when, it is the right time to perform. This is less of a problem for the wedding magician. It is rare that people aren’t receptive to what you do. This is also true of big evening banquets and company functions. However the restaurant magician has to be very careful who they approach. For me it is the most difficult type of work for a table magician.

At the Magic Castle in Hollywood I was planning a stage performance by working the same set three or four times a night. This is a great way to succeed and improve.