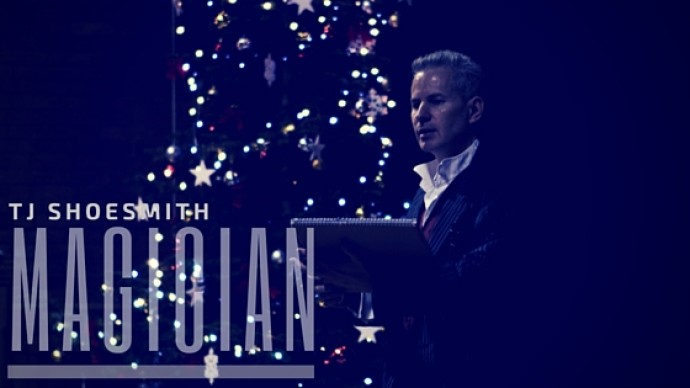 Tj Shoesmith is a party magician London has seen many times. He is a great addition to any event, large or small. Having performed at extravagant corporate events and small family gatherings for the last fifteen years.

You can employ a close up magician in many different ways. So, discuss your requirements in a phone call or email.

As an ice breaker

As a party magician at London events he has been used as an ice breaker. He can relax your guests if they are meeting each other for the first time. Equally well family events can be greatly enhanced by the wonder and amazement that this art provides.

It’s not just about the magic. For your party magician to be a success he must be able to engage an audience. Armed with a dry sense of humour, Tj has developed an easy style. This draws people into the magic and leaves them both amazed and amused.

If you are thinking of a party magician London will enjoy, for your next event then do look through the website. There are videos and pictures of Tj at work. He is a past winner of the Magic Circle Close-up Magician of the Year and regularly works at corporate events throughout the County.

Tj is a party magician London has seen appear in Cabaret. For example, at Conjuring at the Court and Madam Jo Jo’s, as well as comedy venues nationwide.

ITV news interviewed TJ after his Magic Circle win. As did several radio programs up and down the Country. He has also toured as half of the Devious Minds. As well as working as a party magician in the UK, Europe, and the United States.

Are you organising an event and looking for a magician to hire? You can hire Tim with the knowledge he will not only keep your guests entertained but will also add to the overall atmosphere and help remove some of the pressure that comes from being a host.

So if you want a top-class party magician then why not give us a call or use the contact form on the right.